OK, What in the World is an ICO, Anyway?

China recently banned initial coin offerings, and instructed companies who had conducted such fundraising efforts return the money they received. Although $2.32 billion has been raised through ICOs – $2.16 billion of that has been raised in 2017, according to Cryptocompare – many people are still wondering: what in the world is an ICO, anyway?

Short for ‘initial coin offering’, an ICO is an unregulated means of raising funds and is commonly employed by blockchain-based ventures. Early backers receive tokens in exchange for crypto-currencies, such as Bitcoin, Ether and others. The sales are made possible by Ethereum and its ERC20 token standard, a protocol designed to make it easy for developers to create their own crypto-tokens. While the tokens sold can have diverse uses, many have none. Token sales allow developers to raise funds to finance the project and the applications they are building.

Bitcoin.com writer Jamie Redman penned an acerbic 2017 post introducing the fictitious “Do Nothing Technologies” (DNT) ICO. “[F]illled with blockchain word salad and loosely related math,” the satirical white paper makes clear that “The DNT sale is not an investment or a token that possesses any value.”

It adds: “The purpose of the ‘Do Nothing for You’ blockchain is simple to understand. You give us bitcoins and ether, and we promise we will fill our pockets with wealth and not help you in the least.”

“ICOs are a totally free market way of raising money for financial startups,” says Alexander Norta, a veteran smart contract expert. “It is actually an anarcho-capitalistic way of financing, and it will lead to many cool innovations that will significantly reduce the role of fraudulent banks and oversized governments. ICOs will revive free-market capitalism again and reduce this government run crony-capitalism we have now.”

According to Reuben Bramanathan, Product Counsel at Coinbase, individual tokens serve different functions and rights. Some tokens are essential in the functioning of a network. Other projects might be possible without a token. Another type of token serves no purpose, as is the case in Redman’s satirical post.

“A token can have any number of characteristics,” says the technology-focused lawyer, a native of Australia who now lives in the Bay Area. “You might have some tokens that promise rights that look like equities, dividends or interests in a company. Other tokens might present something quite new and different, such as distributed apps or new protocols for exchanging resources.”

Golem network tokens, for instance, enable participants to pay for computer processing power. “Such a token doesn’t look like a traditional security,” according to Mr. Bramanathan. “It looks like a new protocol or distributed app. These projects want to distribute tokens to users of the app and they want to seed the network that is going to be used in the applications. Golem wants both buyers and sellers of computer processing power to build the network.”

While ICO is the most common term in the space, Mr. Bramanathan believes it to be insufficient. “While the term emerged because there are some comparisons [between the two ways of] raising funds, it gives the wrong impression from what these sales really are,” he says. “While an IPO is a well-understood process of taking a company public, a token sale is the early stage sale of digital assets representative of potential value. It’s really very different in terms of investment thesis and value proposition than an IPO. The word token sale, pre-sale or crowdsale makes more sense.”

Indeed, companies have moved away from the term “ICO” as of late because the term could mislead buyers and attract unnecessary regulatory attention. Bancor held instead a “Token Allocation Event.” EOS called its sale a “Token Distribution Event.” Others have used the terms ‘token sale’, ‘fundraiser’, ‘contribution’ and so on.

Both the US and Singapore have signaled they would regulate the market, but no regulator has taken a formal position on ICOs or token sales. China did put a stop to token sales, but experts on the ground their foresee a resumption. The U.S. Securities and Exchange Commission and Financial Conduct Authority in the UK have commented, but none have established a firm position about how the law applies to tokens.

“This is a space of continued uncertainty for developers and entrepreneurs,” says Mr. Bramanathan. “Securities law will have to adapt. In the meantime, if best practices emerge, we will see developers, exchanges and buyers learn lessons from past token sales. We also expect to see some token sales move to the KYC model or at least a model intended to limit the amount people can buy and increase distribution.”

PREVIOUS: How to transform traditional industries

NEXT: Why Ponzis love Cryptocurrencies 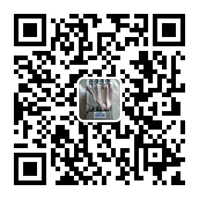 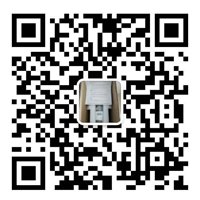